Crissy Bogusz is a motion graphics artist who approaches her craft with a remarkable socio-ethical sensitivity.

We meet on a dark and drizzly Saturday on Hampstead High St.

Crissy grew up in Stanmore, a suburb at the end of the Jubilee line in North West London. At home, her mother and father encouraged her and her sister to be creative. Her mother would tape all sorts of films for Crissy and her sister – and they adopted a systematic approach to watching everything they could.

Alongside films, the kids’ cartoon Muppet Babies was a common staple of the weekly entertainment. It was not known then to Crissy the Muppet Babies’ creators’ influences of German Expressionism and Surrealism ( – it would be fair to assume that Muppet Babies was an unlikely place to find them). Crissy came to appreciate this show more than any other, and unconsciously absorbed some of its layers.

Nor was it known to the young Crissy that not all of what her mother had taped for her were not really meant for children – Crissy watched all sorts of content aimed at a more mature audience. To many, this might sound a little worrisome. But it is this way, through watching so many different types of films, that she learned about the world of complex and intense emotional stories. 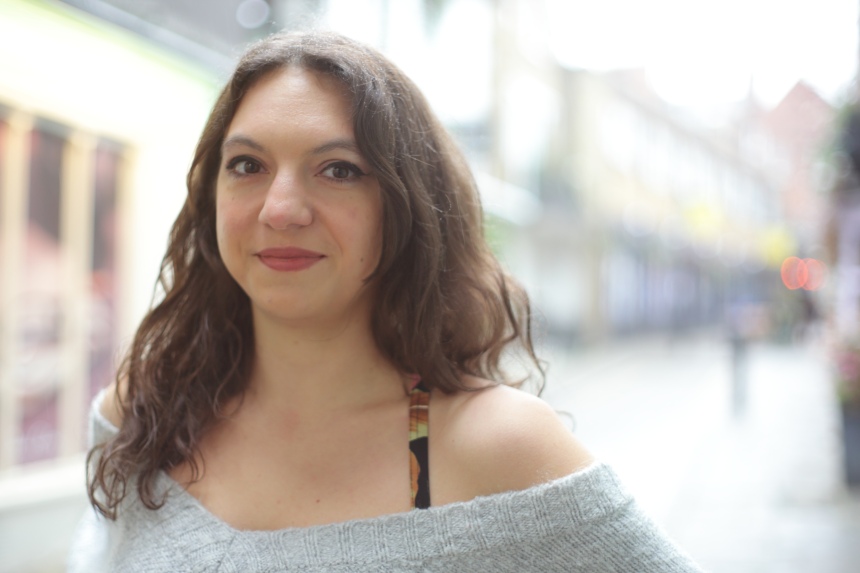 One way in which Crissy and her sister embraced this advice was through playing with Barbies. Using their imaginations, they would invent story after story, each time matching the emotional intensity they had seen in films their mother had taped for them. These were no ordinary Barbies – these were Barbies with mortgages, health problems and broken marriages.

During the same era, Crissy grew up with a passion for drawing – in particular drawing female fashion. Every now and then, Crissy and her sister had elderly neighbours over as a panel of judges for their fashion illustrations.

But when she entered her mid-teens, at a time when her creativity was reaching new peaks, something happened. Crissy had a traumatic experience that changed her approach to just about everything.

“When I think about it now, I wish there had been someone who could have helped me. I mean, I had my family’s support at the time. But the whole thing made me more empathetic. It made me want to help people that didn’t really have anyone.”

For months, she wasn’t the same person. It was a dark, emotional time.

Creativity soon became more of a necessary tool for recovery. But eventually, Crissy came away from it with greater clarity. With her heightened empathy, she chose her college courses – a mixture of psychology and arts. Crucially, Crissy became obsessed with art’s power. She was convinced that it was an incredibly useful tool for healing and fascinated by its potential for helping communities.

Doctors couldn’t tell me what was wrong with me and there wasn’t really very much research out there at that time. But it was a really awful thing that happened. And I think that was one of the reason I wanted to help people, because it was such a bad state that I was in.

For some time, Crissy had her heart set on becoming a fashion designer. On the run up to university, Crissy realised something about her love of fashion. Crissy was in the closing stages of deciding what to study at university and she was about to apply to a fashion designing course, but after finding out what was actually involved in the course – such as working with materials – it occured to her that she was not interested, and never had been, in making the clothes herself. She just loved drawing them.

This discovery, that it was an allure to the visual design that had initially attracted her to creative industries, helped Crissy settle on a relatively broad university course that suited her wide range of visual creative interests. She enrolled in Contemporary Media Practice at University of Westminster.

Contemporary Media Practice suited Crissy perfectly. It allowed her to keep telling stories about people by creating visuals, whilst building up a portfolio of work. But because the course was so broad, the range of choice was startling.

At first, I didn’t know what I wanted to do. People were giving me advice at the time, telling me I have to specialise in one thing. And I don’t give that advice to people now, especially to artists. As a young artist, you don’t really know what you want to do. It takes a while. At that age, it’s good to experiment and see what you’re best at.

Naturally, Crissy picked up a range of creative skills. By her third year, she was creating video installations that had animation, graphic design and photography all mixed in together.

Moving onto her first jobs, Crissy refrained from a prescriptive approach. She had learned about so many new applications of visual creativity through the available technologies and teaching at university that she was confident she could handle any new visual skill required of her.

Her first jobs in the creative industry were graphic design based. But she soon found an opportunity to work in interactive media. Motion graphics was one such new skill she picked up for a job. She worked in the film industry for Sony and Deluxe, creating motion graphics design for DVDs and Blurays, such as Slumdog Millionaire and David Attenborough documentaries.

In summer 2017, Crissy was headhunted for Vogue’s new Snapchat design team. Vogue have been able to extend their relevance to a younger audience with this radically new marketing strategy, but naturally they needed visual artists to make it happen. For Crissy, this has meant a step into creating visual content for the fashion industry – something she’d always wanted to try.

Crissy Bogusz: The new editor Edward Enninful has changed the whole ideology of Vogue, and it’s an incredibly exciting time to work for them. So we’re not only playing around with their new brand and developing it as well. In the Snapchat team we’re influencing Vogue’s brand as it engages with new digital, interactive forms. It’s also exciting because we’re now able to reach a whole new, younger audience. A lot of kids don’t even know what Vogue is. But part of the goal is for Vogue to reach people who were being excluded before. Many teenagers are moving away from Facebook. They think it’s lame and embarrassing. For them it’s all Instagram and Snapchat. This whole thing is like one big creative experiment.

I’ve spoken to a lot of people who, since the change in editor, have said they never picked up Vogue before, but now because of the values Edward’s brought in, and his honouring of diversity from the models to the subject matter, said they now read it.

People are always floating the question of what is going to happen in the media markets. How can magazines fit in to these new ways of telling stories? This is a totally new medium for journalism. Articles have to be summarised so quickly to be appealing. No one knows what’s going to happen next. No one knows if articles are just going to get shorter and shorter. But then there’s Twitter, where the tweet character maximum has recently been extended.

Crissy’s work doesn’t end with her job. Through her constantly evolving relationship with her work, Crissy has not left herself (the Crissy passionate about art’s community power) behind.

Creative Londoners: What are your passion projects outside of Vogue?

Crissy Bogusz: Right now I’m really interested in telling stories about children from underprivileged backgrounds. I’ve found myself working with spoken word educators, Olmo Lazarus and Thomas ‘GhettoGeek’ Owoo. They go into schools and get through to kids from low socio-economic areas who don’t have enough support in school, who aren’t really learning, and who aren’t really getting much inspiration. They help the teachers relate to the kids as well. Working with them is a passion project for me.

The spoken word educators and I collaborated on a project called NHS crisis. It’s a short video. I did the animation (and sound design) for the project. It has been really successful, on Facebook, YouTube, Twitter and Instagram, with Occupy London reviewing it immediately and sharing it across all their platforms. It was also shared by public figures such as Peter Stefanovic, Clare Hepworth OBE and Dr Lauren Gavaghan.

Through that I’ve met so many other people doing similar, great stuff. And I always want to tell their stories through art. One of the things I’m doing right now is working on putting together an exhibition based on spoken word educators’ stories and the people they help. I want to make the public aware. There are so many good social justice projects going on that you wouldn’t really know about. For example, there’s this organisation called The Girls Network. They connect girls from between the ages of 14 and 19 from underprivileged backgrounds with industry professionals. I’m volunteer as a mentor for them.

Let’s say a girl wants to be a designer or artist but she isn’t really supported, doesn’t really have anyone to speak to about it. I just wished more people knew about them. So I always try to find ways of getting more people to know about these subjects and issues and the people who are pioneering their solutions. A really good way to do that is with art – that’s what my background is and where my skills are, so it’s a pleasure for me to work on projects that help communities.

I’ve had situations before when I was younger where I would get one job, be in that job for a bit before moving onto another – and it’s great, you’re learning loads – but there’s so much more that you know you want to do that would be more fun. But when you’re younger you think: ok, this is all that I have to do. When you’re at university you’re encouraged to do more but you just assume the workload will be different. You can do your own stuff outside of your paid work for your own enjoyment, which will always bring great stuff to your life. You’re always going to be better at what you do if you are doing something that you’re passionate about somewhere in your life.

A project about creatives in London.